Italian version: scroll down after video

Lately, I have been researching a lot into the Ashtanga Yoga practice and other forms of movement – the input come from my recent wear-and-tear injury to the sacro-iliac ligament, that caused me several difficulties with hip opening on the left side. I have been asking myself how to approach the practice in a way that could be really beneficial, with no intent to take shortcuts but to truly enjoy and make the most out of the practice. Needless saying, I have been following Mark Robberds‘ posts since they are always full of useful information. Mark is world famous to be one of the most influential Ashtanga Yoga teacher, and also is a wonderful person. I had the great opportunity to meet him in Mysore two years ago, then in Turin, and in Goa last winter. He strikes me with his down to earth approach and his lovely manners. He is a great teacher who truly enjoys sharing his knowledge. I asked him for an interview, and despite his incredibly busy schedule, he found the time to chat about his approach to the practice and movement in general. Mark’s answers to my questions are so helpful, I am confident all of you will benefit from reading!

FDE: Mark, you are not only one of the very few KPJAYI Certified Teacher, but also one of the most followed Ashtanga Yoga teachers on social networks. Your impact on the Ashtanga community is huge and growing. Personally I find your posts always very useful, full of practical hints on how to approach asanas. You are also a handstand lover and a lover of movement in general. How did you start exploring movement outside the traditional Ashtanga Yoga method, and how these practices help your yoga sadhana?

MR: I have been an athlete, or let’s say into sports since I was in diapers. I grew up playing rugby, cricket, tennis, swimming, running, biking, and in my teens I got into skateboarding, mountain biking, rock climbing, martial arts, surfing and going to the gym. So I have always been very physical.

Then I started practicing Yoga in 1997 and in 1998 I got Dengue Fever. I became very sick and my immune system was very weak and I was not able to do any more sports. I recovered through restorative yoga and I realised the incredible benefits of it, which then drew me into the Yoga practice and in particular Ashtanga. Everything else, besides surfing, dropped away and I went through a very intense phase of only focusing on the Ashtanga practice. However I always had my eye on other forms of movement like capoeira, breakdancing, modern dance, even salsa and I dabbled a little bit over the years with them. I had an intention that in my 40’s, after reaching a high level of proficiency in Ashtanga, I would devote more time to learning other skills and this is what is happening.

The yoga practice has been an amazing mind-body discipline that I can connect now with any other form of movement. Likewise I can take whatever I learn from my explorations and investigation into other modalities and bring it back into my Yoga sadhana to make it even better.

FDE: You are in your early 40s and look stronger and healthier than ever. What is your advice for a healthy and lifelong Ashtanga Yoga practice?

MR: My observation is that most Ashtangis burn out in their early 40’s. There are the few cases of people who start in their 40’s or 50’s and do very well in the practice because they have a natural disposition towards it. Other older people, who start later in life, are usually not ambitious and therefore receive the benefits of the practice in making them healthier, stronger and more flexible.

For the rest, though, the burn out comes because of repetitive strain. The same movements are practiced over and over again and it wears out the joint structures of the body over time. This combined with pre-existing conditions and/or improper alignment and movement patterns leads to wear and tear injuries. Practitioners then get discouraged and move on to the next thing. In this regard, then, I feel like it’s important to practice more intelligently. Be sure to take all rest days, moon days, Saturdays, if you’re a women then ‘ladies holidays’, and even men should consider taking more days off. Obviously I’m not speaking to the person who has a problem committing to practicing at all. This is for those people who feel guilty for not practicing and find themselves practicing even when they are in pain or when their intuition is telling them to rest.

Yoga should not create pain or injury. It should be the opposite actually. It should make you injury resistant. If you are finding yourself getting injured then you are doing something wrong. Also, in Ashtanga, there’s no mention of practicing with different levels of intensity. In all other forms of physical movement training, the training is cyclical in nature. There are peak periods, and there are de-load days, for example, where only 40% of the volume is performed. Some athletes will have an easy week once a month, or every 6 weeks. I feel like this approach is needed in Ashtanga, otherwise everyone is practicing at 100% everyday, indefinitely, until they are forced to rest due to injury or sickness. I started making these changes in my late 30’s and it is working really well. I feel better than ever. My body is pain free and I’m learning new skills everyday.

FDE: Can you give us a hint on your daily practice? What is your weekly routine?

MR: My routine varies a lot due to the irregular nature of my work schedule. I tend to work very intensely for a few days then have the rest of the week off, but there will be travel days. Or I’ll be running a retreat for a week, then have some time off. Soon I’ll be running a month long intensive and the work load will be a lot. But then I’m taking 2 months off! So I adapt my practice to whatever is going on in the moment.

I need to keep researching, keep practicing. This is my life. To be the best teacher I can possibly be, and the most service to my students, I need to stay hungry to learn. So this is the stage I’m in now. At the moment i’m doing 4 days Ashtanga per week – each day a different series, 1st,2nd, 3rd, 4th and this is working out really well. I feel fantastic. Every morning I do my morning ritual of journaling, meditation, pranayama, then some movement research and exploration followed by my practice. On my non-ashtanga days I’m doing some other training. Mostly handstand training but also ring work and weights for leg strengthening. I also surf everyday when possible.

FDE: What is your advice to those who are struggling in a pose, or those who are facing physical limitation (like injuries, body constitution etc.)?

MR: You can choose to see the struggle as a positive or negative. If it is a negative then you have to change your attitude. No one is forcing you to do anything. You always have a choice. Everything can be turned into a positive. There’s always a way to modify the practice so that any body constitution can realize their full potential. Injuries are great teachers and should be viewed from this perspective. What can this teach me? Always keep moving. Rest the injured area but keep the rest of the body moving.

FDE: Mark, all your work on asana could easily be material for an amazing book. Are you planning to write one, or to collect all your post into something more organic?

MR: I haven’t got any clear vision of how to put that book together, but I am in the process of collecting all my favorite posts and this could actually be a great learning tool and a beautiful coffee table book!

I can only add that I can’t wait to read more from Mark Robberds! 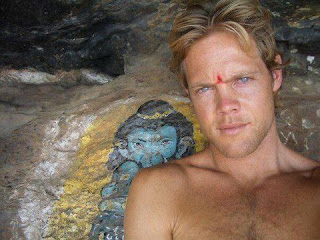 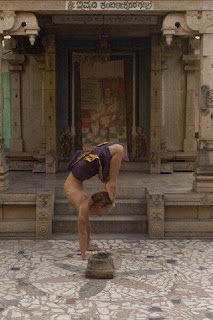 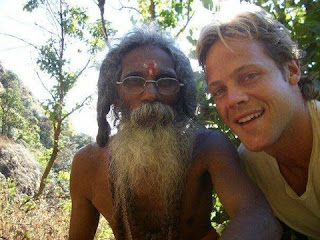 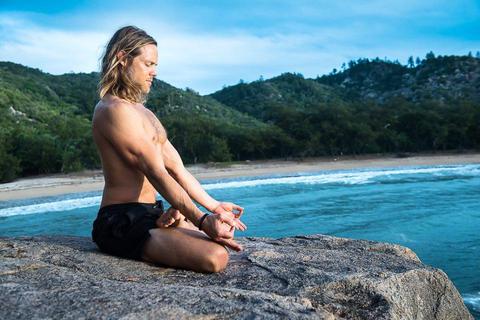